The first settlers in what would eventually become Scott County, Tenn. settled along the New River and its tributaries around 1785, where they established farms and worked the land. The earliest communities of the territory were established along the river and the streams that fed it. The mild climate, plentiful rainfall, fertile ground and abundant natural resources persuaded the settlers to stay.

In 1849, a new county was formed from parts of Campbell, Fentress and Morgan counties, and named for war hero Gen. Winfield Scott, a veteran of the War of 1812 and the Mexican War. A county seat was established in Huntsville, not far from the banks of the New River. By the end of the 19th Century, the railroad had come to Scott County, helping to spur economic growth in Oneida, which remains the county’s largest incorporated today. 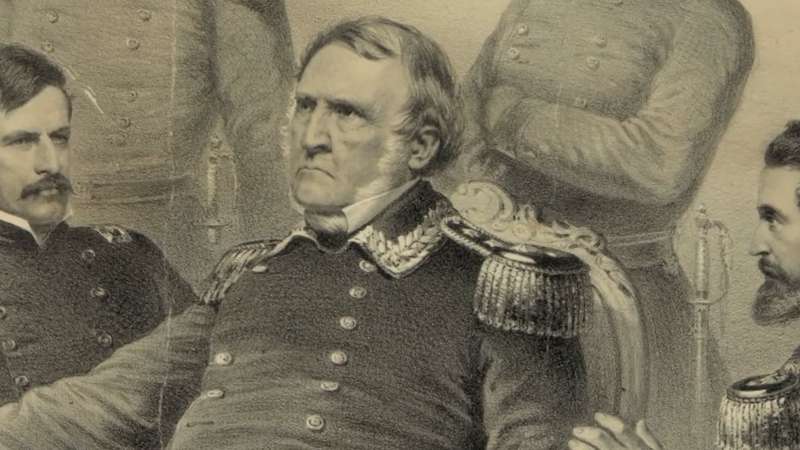 War hero General Winfield Scott, for whom Scott County (and the Town of Winfield) were named.

These days, many of the original communities along the banks of the New River have disappeared, but the river remains an important part of Scott County. The river flows through the state-owned Sundquist and Royal Blue wildlife management areas, and merges with the Clear Fork River downstream to form the Big South Fork of the Cumberland River, which flows through the 115,000-acre Big South Fork National River & Recreation Area.

The three rivers are free-flowing, not tamed by dams, and play an integral part in Scott County’s unique and boundless outdoors recreation opportunities. Paddlers enjoy some of the Southeast’s best whitewater along the Big South Fork River, while the gorgeous scenery both within and on top of the gorge through which the river flows attracts equestrian riders from throughout the eastern United States. Back upstream along the New River, ATV riders enjoy one of the nation’s largest contiguous off-road riding areas.

Scott County is situated atop the Cumberland Plateau, in the western foothills of the Appalachian Mountains. The county is bordered by the Cumberland Mountains in its east and the rugged Big South Fork NRRA in its west, with mostly level-to-rolling plateau land in its center. Geographically, the county is bordered by Kentucky to the north, Campbell County to the east, Anderson and Morgan counties to the south, and Fentress and Pickett counties to the west.

Located in the county’s geographical center, Huntsville also serves as the county seat, housing all of Scott County’s administrative offices and the county’s consolidated high school. Though primarily a residential community, Huntsville’s industrial scene is growing. Oneida, located along U.S. Hwy. 27 to the north, serves as the county’s commercial and industrial center, while Winfield, located just south of the Tennessee-Kentucky border is, like Huntsville, is primarily a residential community.

Norfolk-Southern Railroad provides rail service to Scott County, while the Scott County Airport is home to a 5,500-ft. paved runway. A new housing development, the Big South Fork Airpark, offers upscale housing with direct access to the airport, and commercial lots are available at the industrial park adjacent to the airport.

» Our History
» Our Population