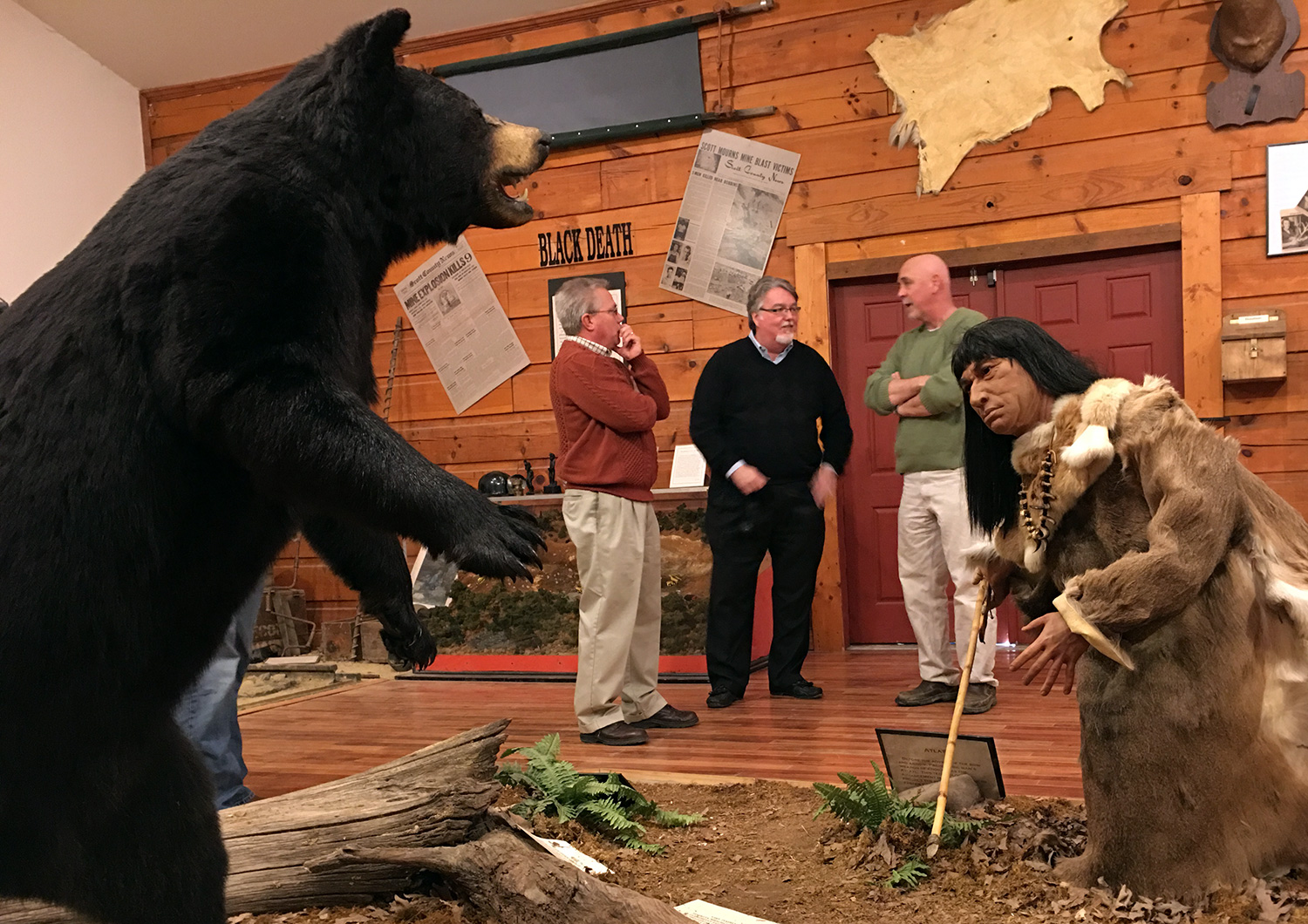 “The purpose of this visit is to see what the area has to offer,” explained Commissioner Triplett, who has served in the cabinet of Gov. Bill Haslam since April 2015.

The commissioner was joined on his visit to Scott County by Dave Jones, the Tennessee Department of Tourism’s regional manager, and Molly Gilbert, executive director of the Middle East Tennessee Tourism Council.

Commissioner Triplett, who served as Nascar’s managing director of business operations and Bristol Motor Speedway’s vice president of public affairs before making the move to Nashville, began his morning with a visit to Brimstone Recreation in Huntsville. From there, he toured the buildings and grounds of the Museum of Scott County before ending the day at the Big South Fork National River & Recreation Area, where he toured the Bandy Creek Visitor Center and visited East Rim Overlook.

“We are very appreciative of Commissioner Triplett, Dave Jones and Molly for making the visit to Scott County,” Scott County Chamber of Commerce executive director Stacey Kidd said. “The Tennessee Department of Tourism is a wonderful partner in our efforts to promote Scott County and the Big South Fork region to the world.”

Next Story:
Children’s Center is re-accredited