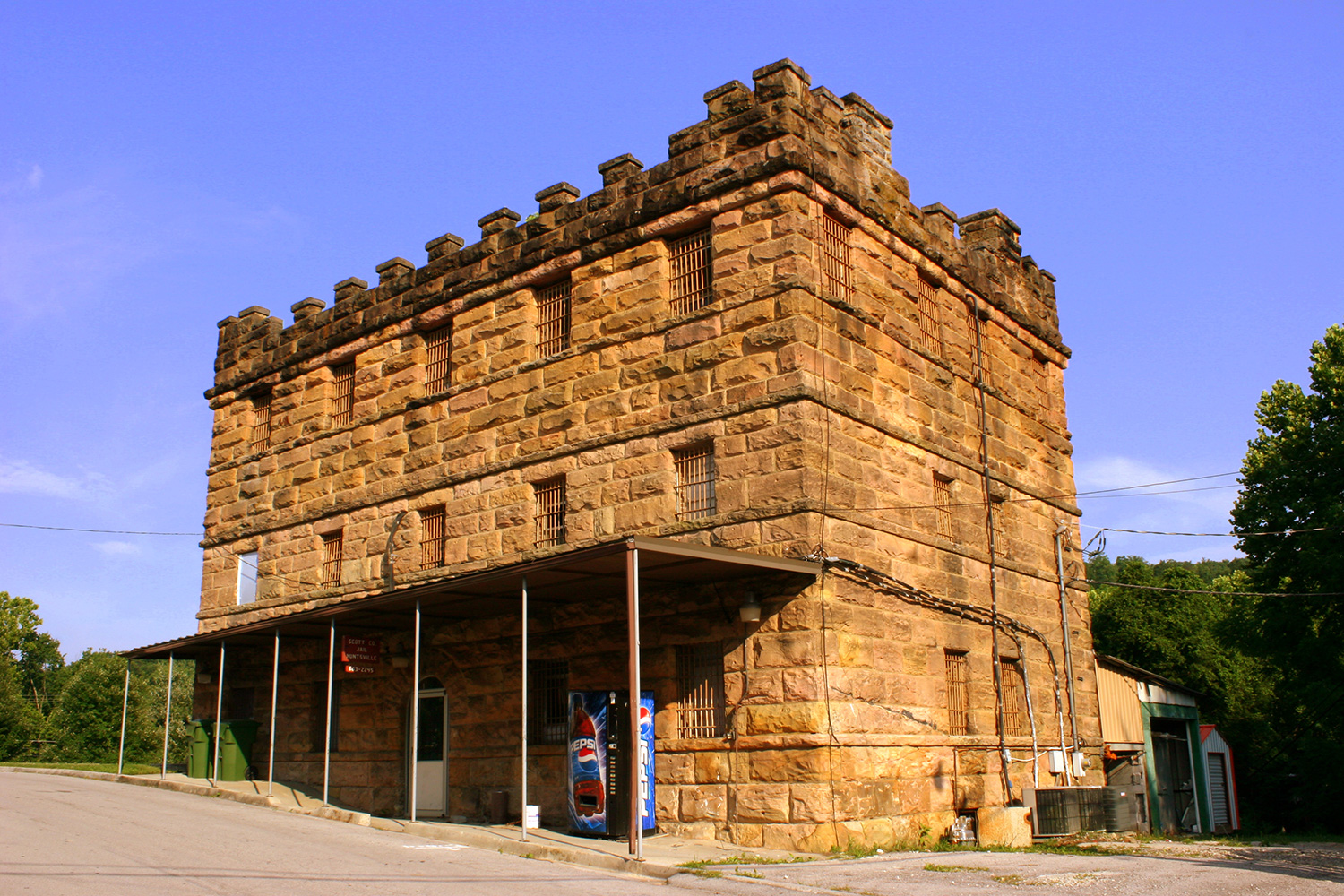 The Scott County Jail is one of the oldest buildings in Scott County. It was built in 1904, using large sandstone from the local area. In fact, its walls are made by 5x4x3 foot blocks of sandstone. Jailer’s quarters are on the first floor, and a third floor was added in 1922 to house maximum security prisoners.

The facility, which housed around 50 inmates, was in use for much of its century-long history. For a short period of time in the 1960s, inmates were housed at a new facility nearby. However, following an escape, the original jail was reopened. The jail was closed for good in 2008 with the opening of the Scott County Justice Center. The jail is listed on the National Register of Historic Places. Its future is currently being deliberated.  It is located directly behind the old county courthouse in Huntsville.